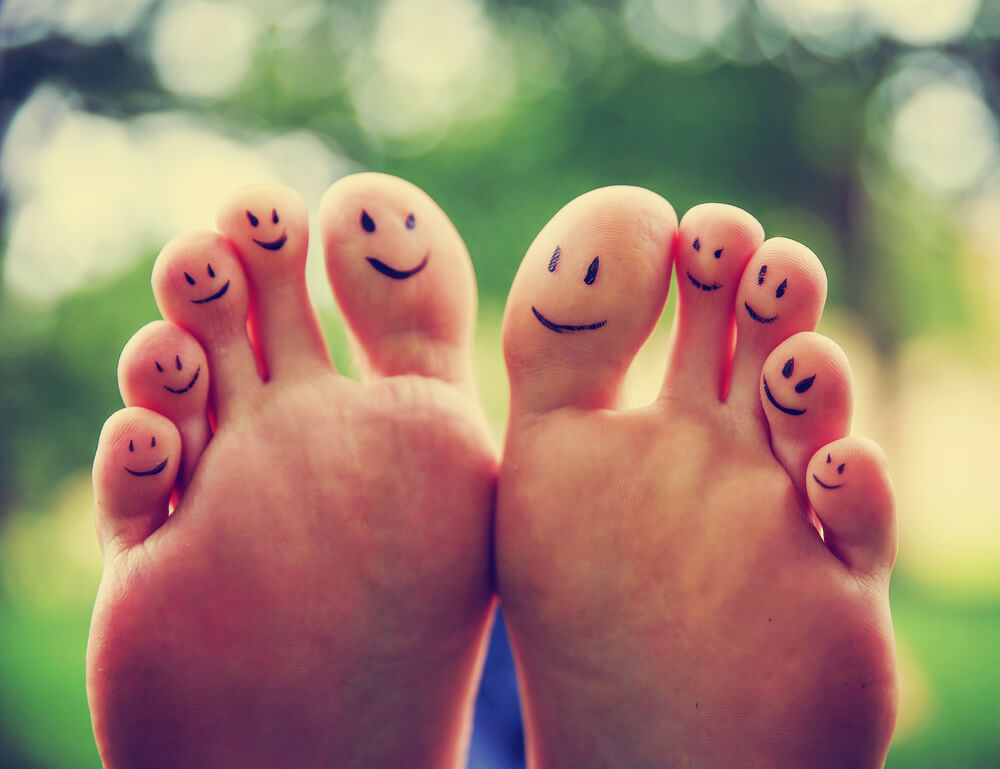 What is reflexology anyway?

Having been immersed in the world of reflexology for such a long time it is easy to forget that reflexology is still undiscovered territory for the majority of people. For those people still unsure how reflexology works here is a bit of a lowdown.

What actually is reflexology anyway?

So, your whole body is mapped on your feet – fact. Every organ, gland, muscle and nerve correspond to a specific point on your feet. And by applying pressure to these ‘reflexes’ it can stimulate the body’s own healing mechanism.

How can I believe you? That just sounds like hocus pocus…

It’s true. You can test it yourself. Take back ache for example as this is something many people suffer from. Take your own foot and put some pressure with your thumb all the way along the inside of your arch from the inner edge of your toe all the way to the end of your heel. This is the reflex area for your spine and if you have a bad back you will find that some points along this arch feel especially tender to touch. Or neck pain, try applying pressure down the inside of your big toe. What did you feel?

So how / why does applying pressure help your body heal?

Through working the feet with pressure using your thumb and fingers you stimulate that part of the body. The exact mechanism of how healing works is unknown although there are a number of theories. One theory is the nerve impulse theory, the idea that pressing a point on the foot sends a message to the brain and then on to the corresponding part of the body via the nervous system.

If it is so amazing why isn’t it recognised by the medical community?

Even though there is evidence that reflexology was used as long ago as the Egyptian times the system of reflexology as we know it today has only really emerged in the last 30 years. To validate reflexology, scientific evidence is needed that can stand up to the robust clinical trials that new drugs have to go through before they are bought to market.
It’s a money game and funding for reflexology research in comparison to the multibillion pound budgets of the pharmaceutical giants is miniscule. But the good news is that research that proves the benefits of reflexology is starting to emerge.

A recent study, “Activity in the primary somatosensory cortex induced by reflexological stimulation is unaffected by pseudo-information: a functional magnetic resonance imaging study,” published in BMC Complementary and Alternative Medicine, used MRI imaging to investigate what happens in the body / brain when the eye reflex point is stimulated. The research subject was given correct and sham information about where reflex area was found on the foot. The results showed activity in the part of the brain responsible for the eye when the eye reflex on the foot was stimulated. The results were unaffected by the information and sham information on the reflex which was given to the research participant.

Another famous reflexologist, Jesus Manzanares, has studied thousands of biopsies of deposits taken from human foot tissue to analyse the differences in tissue composition from a ‘tender’ or ‘disturbed’ reflex in comparison to a reflex point with no tenderness (so not showing any imbalance in the corresponding part of the body). Without going into all the fascinating detail (will save that for another blog!) there was a massive difference in the tissue composition of a tender / disturbed reflex point compared to reflexes not showing imbalance through tenderness or texture. One of the major differences in tissue composition in tender reflexes found by the reflexologist showed 42 percent of nervous fibres compared to just 8 per cent nervous fibres found in normal reflex points.

This shows that an abundance of nerve fibres in foot reflex areas are the reflection of organ imbalance. So reflexology is slowly getting the scientific recognition it deserves but without question more randomised control trials (the type of research used by the medical community) are needed. But the questions remain who funds the research as reflexology will never have the profit potential of pharmaceuticals.

My hope is that through further research and education reflexology further integrates into the mainstream and becomes more accessible to people as an effective complementary therapy.

Here are my top ten conditions Reflexology can help with:

We use cookies on our website to give you the most relevant experience by remembering your preferences and repeat visits. By clicking “Accept All”, you consent to the use of ALL the cookies. However, you may visit "Cookie Settings" to provide a controlled consent.
Cookie SettingsAccept All
Manage consent

This website uses cookies to improve your experience while you navigate through the website. Out of these, the cookies that are categorized as necessary are stored on your browser as they are essential for the working of basic functionalities of the website. We also use third-party cookies that help us analyze and understand how you use this website. These cookies will be stored in your browser only with your consent. You also have the option to opt-out of these cookies. But opting out of some of these cookies may affect your browsing experience.
Necessary Always Enabled
Necessary cookies are absolutely essential for the website to function properly. These cookies ensure basic functionalities and security features of the website, anonymously.
Functional
Functional cookies help to perform certain functionalities like sharing the content of the website on social media platforms, collect feedbacks, and other third-party features.
Performance
Performance cookies are used to understand and analyze the key performance indexes of the website which helps in delivering a better user experience for the visitors.
Analytics
Analytical cookies are used to understand how visitors interact with the website. These cookies help provide information on metrics the number of visitors, bounce rate, traffic source, etc.
Advertisement
Advertisement cookies are used to provide visitors with relevant ads and marketing campaigns. These cookies track visitors across websites and collect information to provide customized ads.
Others
Other uncategorized cookies are those that are being analyzed and have not been classified into a category as yet.
SAVE & ACCEPT
Powered by